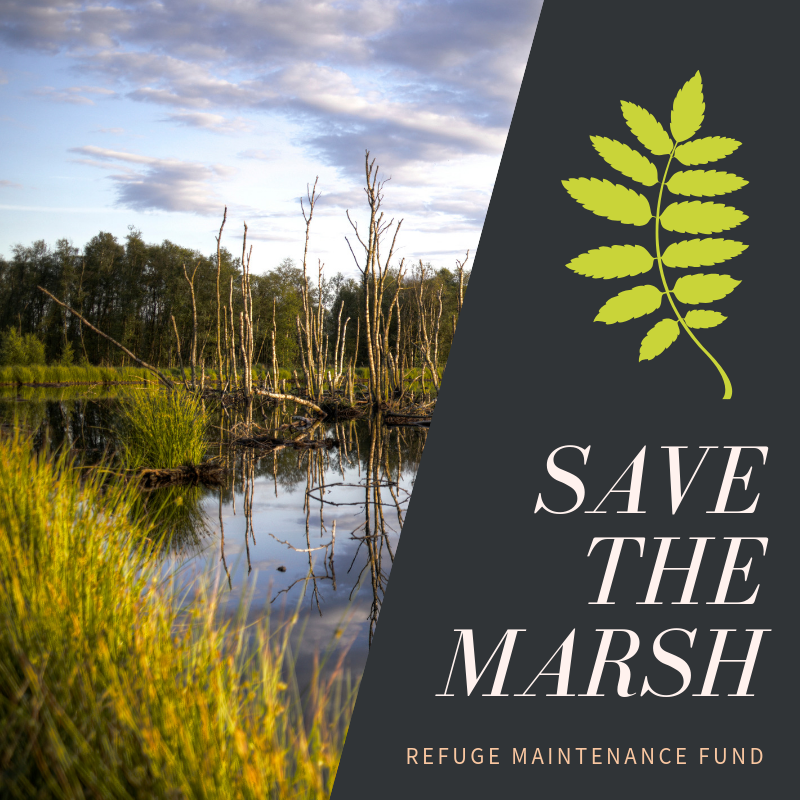 We are no longer accepting donations on this campaign, but there are other ways for you to support us today!

2019 has been one of the wettest years on record... and that's not a good thing for your wetlands.

As one of the Great Lakes, water in Lake Erie flows in from Lake Superior, Lake Michigan, and Lake Huron. With record rainfall and snow melt across the region, the water levels in Lake Erie have reached record levels. You might think, hey, that's awesome! Fresh water is one of our most valued natural resources! While that is the case, high water in our marshes is causing a problem. Historically, the Lake Erie marshes would adapt and expand south with high lake levels. With infrastructure for roads, houses, and farms in our community, the wetlands can't expand as they naturally should. There is just too much man made stuff in the way.

As you know, Ottawa National Wildlife Refuge is managed for bird, fish, and wildlife habitat. The refuge staff are relying on a series of pumps and water control structures to maintain water levels and habitat -- and they are working hard! Ottawa NWR maintains water levels through a series of 57 water control structures, 46 culverts, 18 electric pump stations, 18 flap gates, 9 portable pumps, and 7 fish passage structures. In the spring, biologists draw the water down in wetlands to promote plant growth for species such as nutsedge and smartweed whose tubers and seeds provide high quality natural food for migrating waterfowl in the fall. Raising water levels in the fall makes those plants accessible to foraging waterfowl as well as providing resting areas. High water levels also decrease the amount of shallow water and mudflats that migrating shorebirds depend upon. These pumps were installed in the 1970s-1990s, and are both aging and stressed by the historic high lake levels. Due to the lack of funding, water control structures have not been replaced and are part of the long list of deferred maintenance projects. Will you help to bridge the gap?

Water needs to be constantly pumped from Ottawa’s wetlands to protect waterfowl habitat. Without improved infrastructure, the plant populations will be flooded, unable to survive. Habitat will be destroyed. Fish will not have a place to spawn. Ducks will not have a place to refuel during migration. Endangered species like the Blanding’s turtle and eastern prairie fringed orchid may be extirpated.

So far this year, the refuge has used more than 4,000 gallons of diesel fuel just to pump water. It is imperative for Ottawa NWR to be properly maintained. Please donate today to help protect Ottawa National Wildlife Refuge's conservation legacy.